We’ve enjoyed a couple both nice and intense weeks in Morehead City, tackling some critical maintenance projects and catching up with good friends.

North Carolina is home to several herds of wild horses and our friend Pam volunteers to monitor the Beaufort horses. She invited me to join her, along with friends Diane and Josh on a trip to the island to set up motion-activated cameras to photograph the horses and to check on their welfare. We saw about a dozen of the 30+ horses in this group and set up the cameras. It was a great day and I learned a lot!

We also enjoyed what has become an honored tradition for us – an oyster roast at the Gilpin family estate. Steve, Clayton, and Dianne got a roaring fire started and when the coals were hot, a metal plate was laid on top, then came the oysters and a wet blanket to cover them until they were cooked and ready for a feast! Dianne made up a batch of Mom’s (Gilpin) renowned cornbread and Mom (Barbara Gilpin) made a brief appearance to sample some oysters. Susan and Beth, who don’t eat oysters, came out for a visit. Smores capped off a great evening!

Steve works on the fire

I drove down to Southport to where I enjoyed a wonderful dinner with two good friends, Nancy and Lynne, then did a stop at Costco in Wilmington to continue the provisioning process for the next few months of planned cruising. Our freezers are near empty, so we have begun the process of re-filling them.

Lynne and husband Nick then drove up from Southport to visit us, stop in at the chocolate festival,  and see the boat. We enjoyed a nice dinner out and a chance to engage in some stimulating discussions. Bradly and Nick could have been raised as brothers, they are so close in thinking. 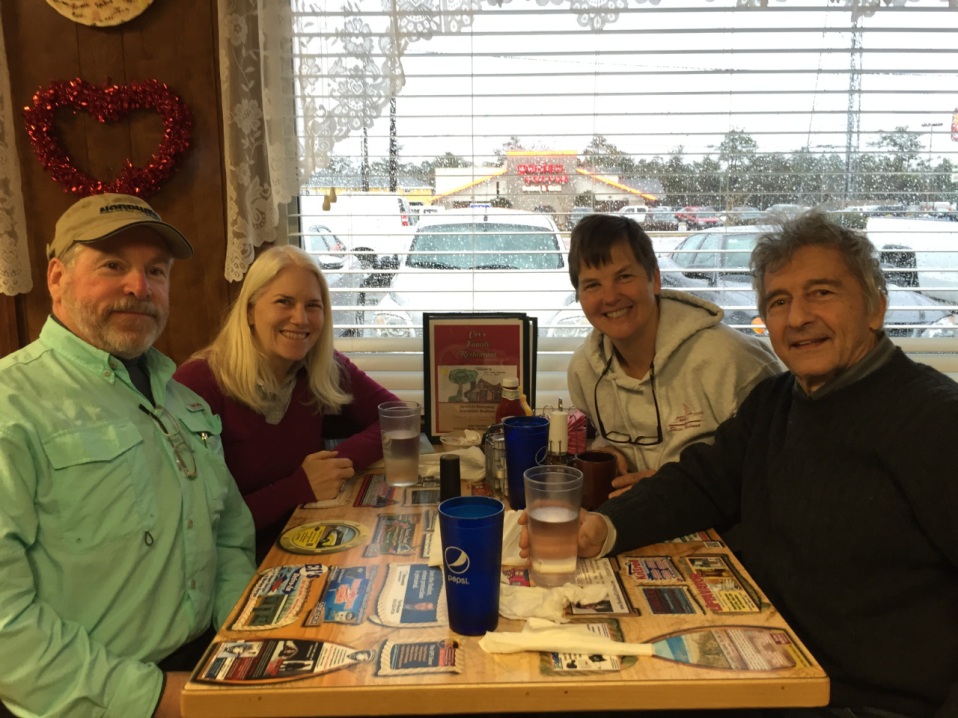 Breakfast with Lynne and Nick

We are pleased to be the featured boat on the Nordhavn Registry – check it out for an interview and some photos.

We are continuing with several maintenance projects – more on that in the next update.

Josh, Pam, and Diane set up a camera 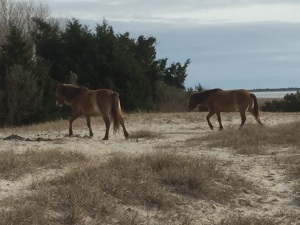 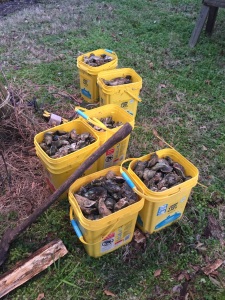 Oysters waiting for the fire

Steve puts the oysters on 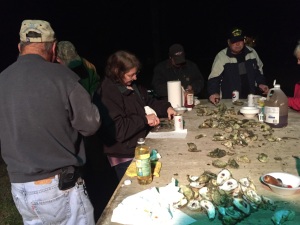 Dianne and others enjoy the oysters

This entry was posted on February 7, 2016, 12:51 pm and is filed under Trips. You can follow any responses to this entry through RSS 2.0. You can leave a response, or trackback from your own site.