We continued to enjoy Cat Island where we met some more new friends, Peter and Donna. They have a house right on the beach at Bennett’s Harbour and invited us over for a wonderful dinner. We enjoyed getting to know them and invited them on board Shear Madness for coffee before we departed for Staniel Cay.

Peter and Donna on Shear Madness

We were excited to head to Staniel as a group of Nordhavn’s were planning to converge for an unofficial rendezvous. This would be a chance to reconnect with some old friends and meet some who so far have only been virtual friends.

We were not disappointed! We had a great time with old friends Martin and Stephanie on the 60-foot Blossom, Allain and Michelle on the 62-foot Mahara, and Laust on the 76-foot L’Adagio. It was also wonderful to finally meet Jennifer and Mark on the 46-foot Starlet (the Cover Girl of the 2016 Nordhavn calendar!) and Robbie and Jo on the 47-foot Southern Star.

The ensuing days were great fun, consisting of much eating, drinking, snorkeling, diving, spearfishing, hiking, boat tours, story telling, a beach party and general exploring. Laust flew his drone and got some great video of all the boats (I will soon publish on Youtube – stay tuned!) A convoy of four Nordhavns traveled together from Staniel Cay  to Shroud Cay and then on to Highbourne Cay.

Be sure to check out the latest book reviews – and please send me your recommendations!

Osprey and nest on Half Moon Cay 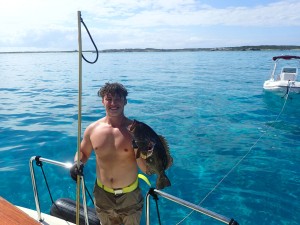 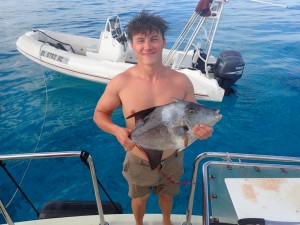 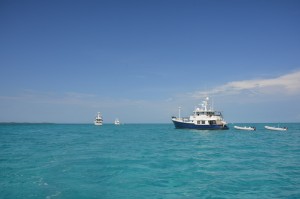 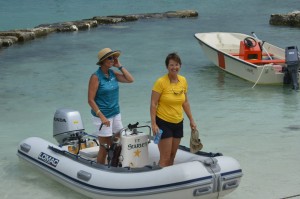 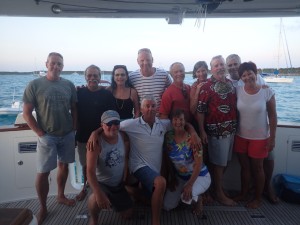 Allan and Michelle from Mahara

The Nordhavn Convoy as seen on AIS 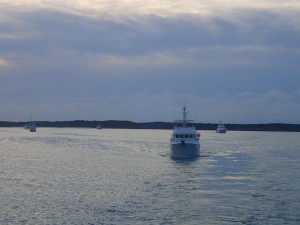 L’Adagio (Photo by Laust and drone) 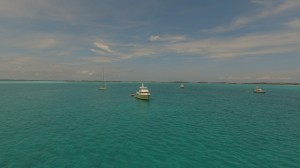 Sunset on Shear Madness – looks like the party’s over!

All the tenders hanging out back

Jennifer and Jo aboard Shear Madness 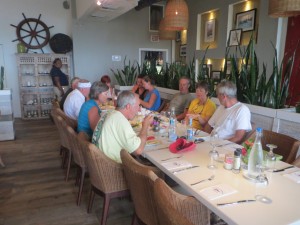 Mark and Jennifer from Starlet 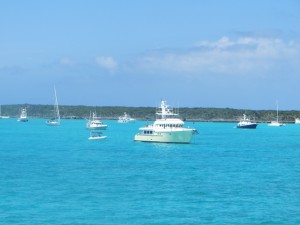 This entry was posted on June 8, 2016, 1:03 pm and is filed under Trips. You can follow any responses to this entry through RSS 2.0. You can leave a response, or trackback from your own site.